Reasons to be Wakeful 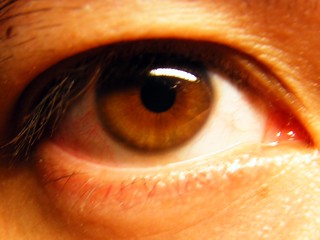 One night – it was 4am – I had woken and was sitting on my sofa. It is silent at that time of night, but inside my head it was noisy. Raging in fact.

Reason to be wakeful number one – being angry.

Why was that person making a difficult situation harder by sending loud emails to everyone with shouty CAPITAL letters telling us all how bad things are and we had better take responsibility. Yes we know that, now lets get ourselves together to sort it out. Shall we?

Idea for processing anger in the dead of night: write write and write. And don’t stop until you run out of anger and it’s all spilled onto the page. For me that was 8 pages and an hour later. Phew. Get it out there. Putting words on paper has the liberating power of expression but is way less painful than hitting someone.

Reason to be wakeful number two was fear.

Deep down gnawing fear. I had failed, it was all going over the edge, it was my fault. Arrgghhh. Helllllp.

My tactic for surviving that was to sit in a warm living room, light a candle, have calming low light on and drink chamomile tea. And not only that, but my calming voice of choice was that of Thich Nhat Hanh, Vietnamese Buddhist master. I know the voice. I know his message and it put me in a place where the part of me beyond the fear, could believe that one day this time of panic will have passed (which it has). See https://pvom.org

Then there was excitement.

Input overload. Not what you need at 4am – especially not when combined with jet lag when you’re part way through a four day Board meeting as a new boy on the block. That was my first Board meeting as Europe Director of the International Association of Facilitators. So much we could do, so much to take in, all so exciting. Wow.

My tactic of choice was to sit, just sit. Wrapped up in a big duvet. Upright. Warm feet. Let my mind go where it wanted. This idea and that. Ramble over all the impressions coming my way – and to follow my breathing.

That’s all. Those are my three reasons to be wakeful – anger, fear and excitement.

Oh yes and one more tactic in the night – fire up your device of choice, find your headphones, and also find Ian Dury on YouTube – Reasons to Be Cheerful. There are lots. Play it loud (find the video below)

Sign up for one of Martin’s facilitation training  workshops

The good thing about jetlag is … « thinkproductive.co.uk

10 Ways to Eat Yourself Productive « thinkproductive.co.uk

End Your Insomnia, Snoring, and Other Common Sleep Problems – Lifehacker